What a couple of weeks we’ve just had. Last week Matt had a week off work and we decided that it would be nice to spend some time together as Mr. and Mrs. rather than mummy and daddy. We enrolled Grandma and Grandpa for babysitting duties. This was only the second time leaving Paige but it was a needs must and a bit of downtime was much needed for the both of us. We headed off to Birstall retail park at junction 27 on the m62 and the plan was food and cinema. We had decided on Zizzis for dinner as neither of us had been there before and we both enjoy Italian food. When we got inside we were seated straight away which was surprising as it was Friday evening (Black Friday). We ordered a bottle of prosecco to drink as we didn’t have to get up early the morning after and the waiter took our food order straight away too. We ordered starters and mains as we had quickly decided what we wanted. The starters were amazing, we had Bruschetta  and a three cheese Fondu with dough balls and shared both. I didn’t get a photo as they didn’t really last long enough, we were both hungry from having very little to eat during the day. The mains we chose were good too, Matt had a pepperoni pizza with red chilli on, I think it was called The Italian Hot, on the rustic base and I had one of the Christmas specials of Squid Ink Lobster Tortellini. We both really enjoyed the food and have said that we should go back and try the restaurant again. 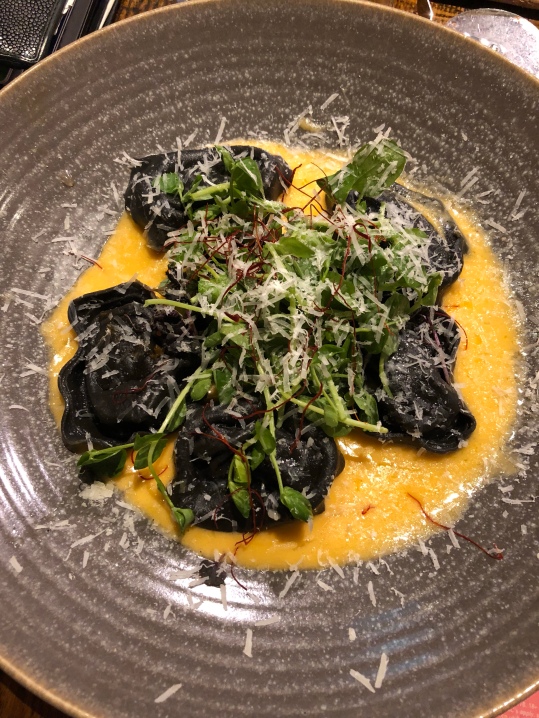 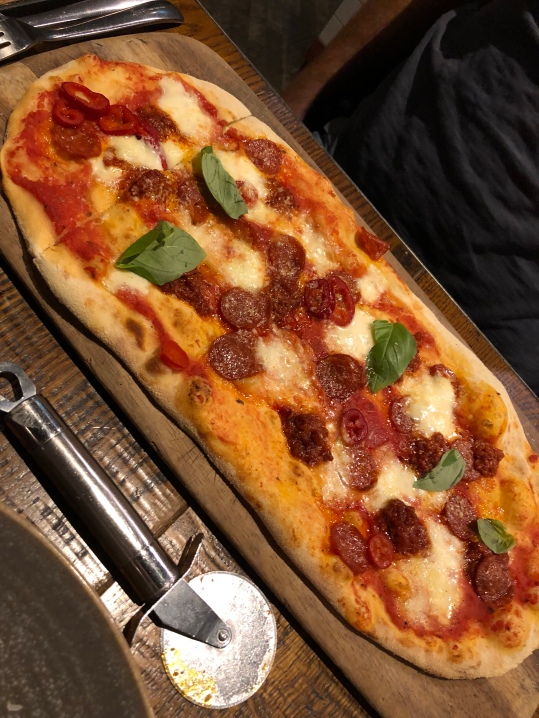 We then headed over to the Showcase cinema. The film we had decided to see was Daddy’s Home 2, we have already seen the first one and we both find Will Ferrell so funny, and thought something bit lighthearted would be better for our first cinema trip since December last year when we saw Star Wars! The Showcase has had a massive refurbish since we last went and has so many amazing concessions including a bar. We decided on a coffee from the Costa station and Ben and Jerry’s from the food station as we declined pudding in Zizzi. We were in a huge screen but because it was so late into the night (our ticket time was 10:15pm) it was practically empty, with maybe five couples. As part of the refurb the screens have lazy boy style recliners so you can sit with your feet up and relax. It made the two hours a very comfy two hours. The film was hilarious and I didn’t know before hand that it was christmassy which was nice as I absolutely LOVE Christmas. 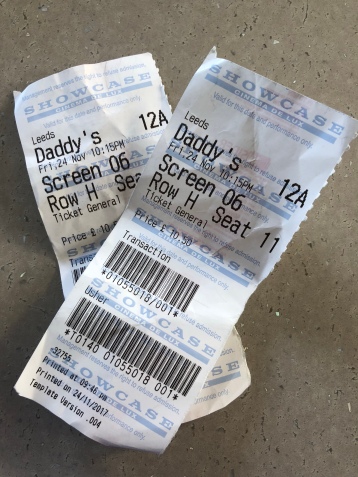 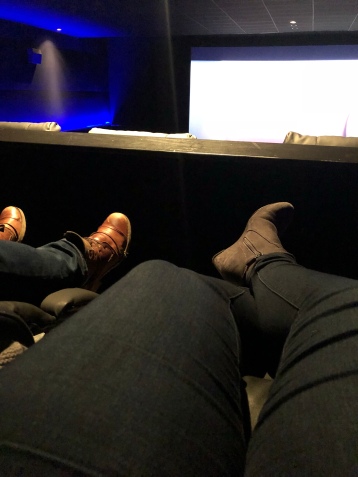 We finally got home just before 1am and it was a nice feeling knowing that we were going to get a full nights sleep with no wake up. As much as we both adore our little pud and we still spoke about her and text Grandparents to make sure she and they were ok, that short time away to just be us was lovely.

View all posts by haveyouheardaboutthemorgans

Follow Have You Heard About The Morgans? on WordPress.com